A History of Powerful Women in Construction 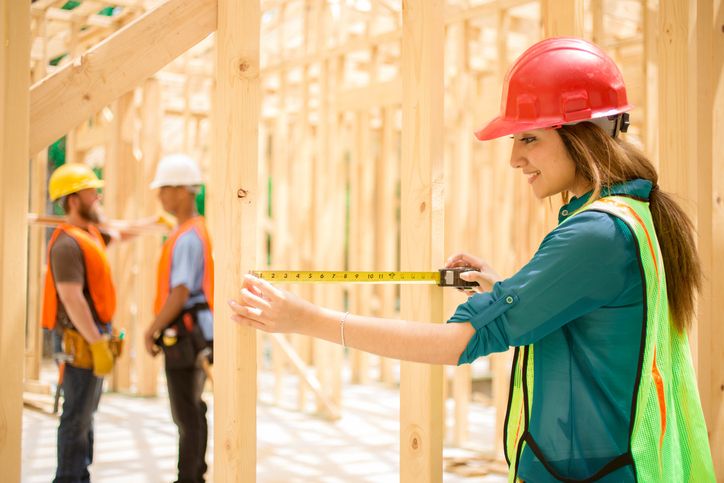 In the construction industry, it’s safe to say that women are underrepresented. Even when compared to traditionally male dominated sectors, women have yet to break through in many areas of construction. Just 9% of U.S. construction workers are female. I find it disturbing that as an industry we miss out on this huge pool of talent.  Let’s look back on some of the powerful women in history that helped to pave the way for the women today who want to be given a chance. Emily Roebline (1834-1903) The first woman field engineer is credited for her role in the completion of the Brooklyn bridge. She took on the project after her husband who was leading the project became bed-ridden from developing caisson disease. She was the supervisor and took over the planning. Upon completion, she was named as the Chief Engineer of the Brooklyn Bridge. Her work in this highly technical engineering feat helped create empowerment that women could perform in areas outside of the factories that were common in those days. Lillian Gilbreth (1878-1972) Known as the woman of modern management, Lillian Gilbreth had the education, the career, and 12 children of her own. This mother applied herself to a scientific approach to workplace efficiency and management. She was a government consultant during the Great Depression and WWII, able to apply creative solutions to complex problems. She invented shelving in refrigerator doors and the foot-pedal garbage can. For construction, her application of science to the workplace streamlined processes and helped increase productivity. Mary Kenney O’Sullivan (1864-1943) This American labor leader worked tirelessly to improve factory conditions through the organization of unions. Starting out in the 1800s as an apprentice dressmaker, she took her distaste for the bad conditions in factories to eventually become the founder of the Women’s Trade Union League. She brought together professional, affluent, and working women to improve conditions for women in factories. She was a factory inspector in a government branch from 1914 until she retired in 1934. Her work in unions has helped women in construction to this day find support and representation. Kris Young Working her way through the ranks of the Associated General Contractors of America, Kris Young served as President in 2011. In her Iowa chapter, she started as Treasurer in 1992 and worked to become President of the chapter, a title which she held for many years. She was also the President and CEO of Miller the Driller in Des Moines, Iowa. Young was one woman that we can say can juggle it all. She has a strong connection to her Church, engages in hobbies that included gardening and scrapbooking, and continues to push for employee rights with her work in many committees such as the Labor Policy Committee and the EEO/DBE Advisory Council. She has over 40 years in the business. Frances Perkins (1880-1965) Frances Perkins was FDR’s Secretary of Labor and first woman to serve as cabinet secretary. This self-made woman credits her grandmother for her power, and is quoted saying that “being a woman has only bothered me in climbing trees”. Yes, she never let anything stop her from pushing for benefits for the construction industry. She defended the minimum wage and helped develop the Fair Labor Standards Act. Her work in government illustrated a determination not only break new ground but excel at her endeavors. Who is an important woman in your life? No doubt we all can think of many. Never underestimate their influence and reach. It would be a loss on any business to count them out. So, lift up, trust, and empower the women in your life to keep pushing through. For construction, the jobs are there. Get your OSHA 10 or OSHA 30 training and get to work!