The Role Of ANSI: What You Need To Know 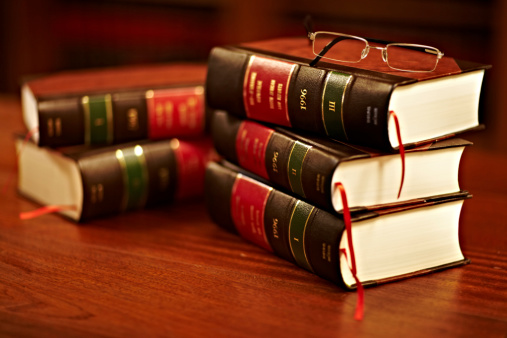 ANSI stands for American National Standards Institute. It is an organization operating in the United States with the sole purpose of monitoring and accrediting technology standards in the country. Founded in 1918, it identifies and maintains a standard for products and services, made possible by the voluntary participation and contribution of organizations.

Why Standards Are Needed

Standards define established guidelines on which organziations operate to ensure that prescribed rules are being met. It provides consistency across the board, among things that share similar characteristics. A very popular example is the ASCII code. The American Standard Code for Information Exchange is a character encoding standard that is used by electronic devices for communication. It is a table containing all the 127 characters of the English language. It was established to maintain an international standard of computer communication, without it, our computers would mess up the message by translating an alphabet as something else entirely. Today, ASCII has evolved beyond its initial 7-bit representation, but serves as the base for newer encoding standards such as Extended ASCII. Another useful example is the Universal Serial Bus (USB) interface. It was developed to establish a single port for computer devices. Introduced as a high-speed, multi-purpose port, USB was quickly adopted by computer manufacturers for communication in computers. With the help of this universal standard, users can buy any USB peripheral, from anywhere in the world. The multi-purpose aspect of USB has made ports such as PS/2, Serial, and Parallel ports obsolete. USBs can be programmed to be used to connect printers, keyboard and mouse, charge phones, deliver audio, and more. The high-speed nature of USB also gave birth to external storage devices. Coming back to the point, the standardization of a single port that obeyed guidelines made it convenient for manufacturers to develop peripherals without worrying about mass adoptability, and customers can buy those peripherals knowing they will be fully compatible with any USB port. ANSI Accredited Food handler training courses that provide are examples of standards that carry accreditation.

ANSI Is Similar To ISO

It is similar to International Organization for Standardization (ISO). Situated in Geneva, Switzerland, the ISO was established in 1947 by the Union of International Federation of the National Standardizing Associations to promote commercial, industrial, and proprietary standards. It was through the joint efforts of more than a dozen countries that appeared on a singular platform to create an international standard for industries. Through the unification of industrial standards, the ISO acts as a regulatory body overseeing the development of technologies, products, and services to ensure that they meet a certain quality criteria. This allows countries to reference the set quality standards instead of developing their own. It gives customers valuable insight if something is ISO-certified.

Overtime, the ISO has grown to include representatives from more than 150 countries and have published more than 16,500 ISO-certified standards. Click To Tweet

What Does ANSI Do

Similarly, ANSI is basically the body that represents the United States in the ISO, as well as the International Electrotechnical Commission (IEC). ANSI, just like ISO, does not develop its own technologies. Instead, it acts as an authoritative body, an overseer of technologies emerging within the country to watch and ensure that developers of standards are capable enough to carry out such decisions. Through the accreditation of such standards developers, ANSI works to ensure quality is maintained. According to ANSI, there are more than 11,500 American National Standards, as of January, 2018. Earlier we mentioned how courses that provide food handler training online are also examples of standards that need accreditation. The Qualified Food Operator is one such designation that has ANSI accredited exams in the United States.

ANSI Is Not Lead By The Government

It is easy to think that such organizations must be led by the government, but that is not the case here. ANSI is a not controlled or owned by the government in any way. ANSI’s sole purpose is to provide a platform for interested parties to come together, discuss, convince, and through consensus, reach a decision that would be beneficial to all parties involved. ANSI does not hold regulatory authority to act on reports and complaints regarding a particular product/service’s nature that does not comply with the American National Standards. However, the federal government is actively involved as a member of the ANSI. However, it does not hold the power to favor any one with regards to granting permission to develop standards. Think of ANSI as United Nations. It is not owned by anyone, but countries can represent their interests on an international forum. Similarly, ANSI is a stage, an event organizer, and a coordinator, for developers of voluntary consensus standards.