What Are the Most Expensive Houses in the US?

This month, February of 2022, the long-awaited uber-luxury property known as The One Bel-Air will go on the market. It's been anticipated for years as the most expensive home in America. You may have heard it referred to as the $500 million house.

The One Bel-Air's real value is more complicated, which probably doesn't surprise you. As a real estate agent, you know that a home is only worth what people are willing to actually pay for it.

So, what is the most expensive house in the U.S.? Will The One in Los Angeles earn its hype to top them all?

To answer these questions, we're going to look at America's most expensive houses by sale price then talk about The One Bel-Air. 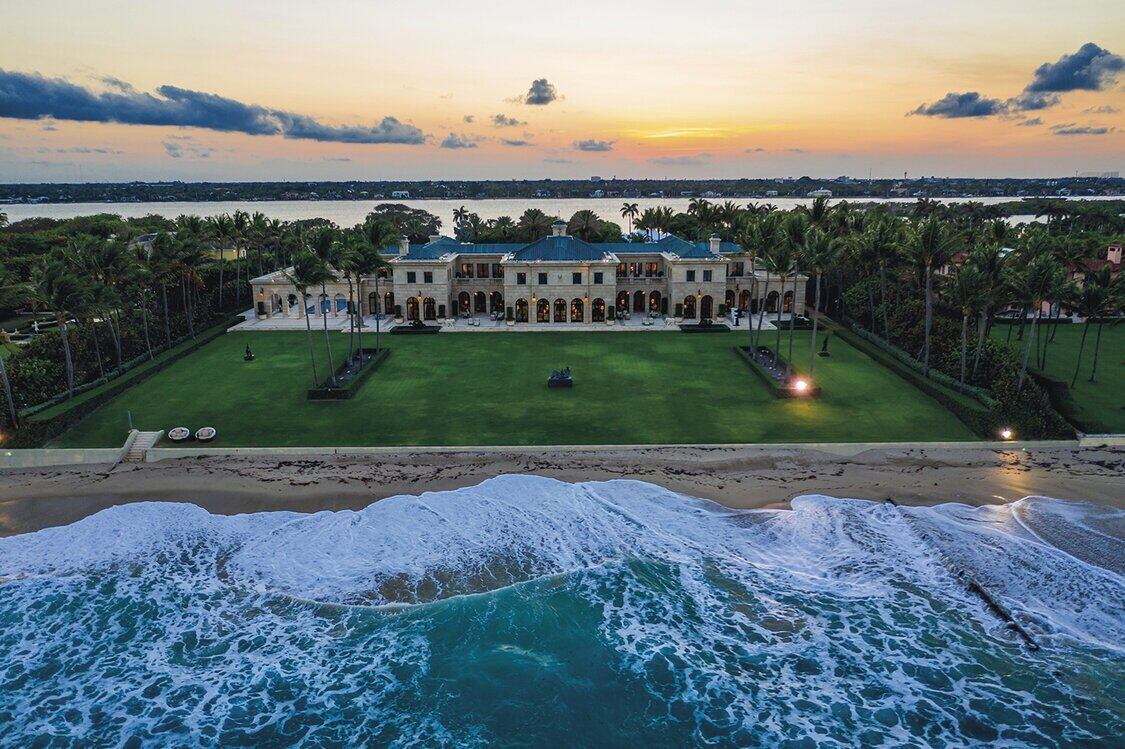 With a 6-acre plot and over 70,000 square feet of living space, the mansion has 3 stories with 11 bedrooms, 22 bathrooms, a bowling alley, a spa, and a candy parlor. The grounds feature 350 feet of oceanfront, a pool, and a tennis court. 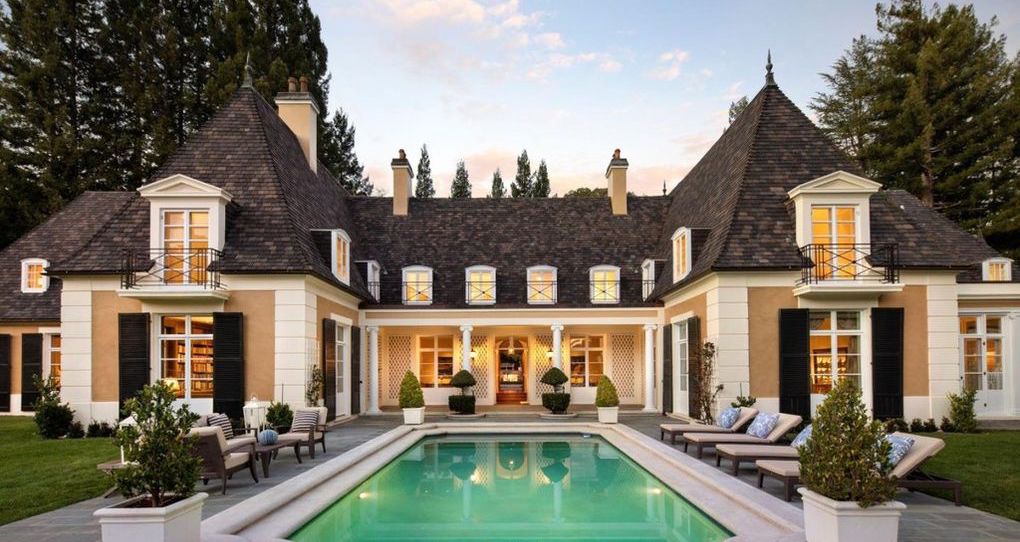 In 2012, an estate in the Woodside Mountains neighborhood of Silicon Valley was sold for $117.5 million in an off-market sale.

The 9-acre property sits at the top of a hill for 360-degree views. The 8,900-square-foot main house has 4 bedrooms and 4.5 bathrooms, and the pool house itself is over 1,000 square feet. The property also includes a detached library, swimming pool, tennis court, and formal gardens. 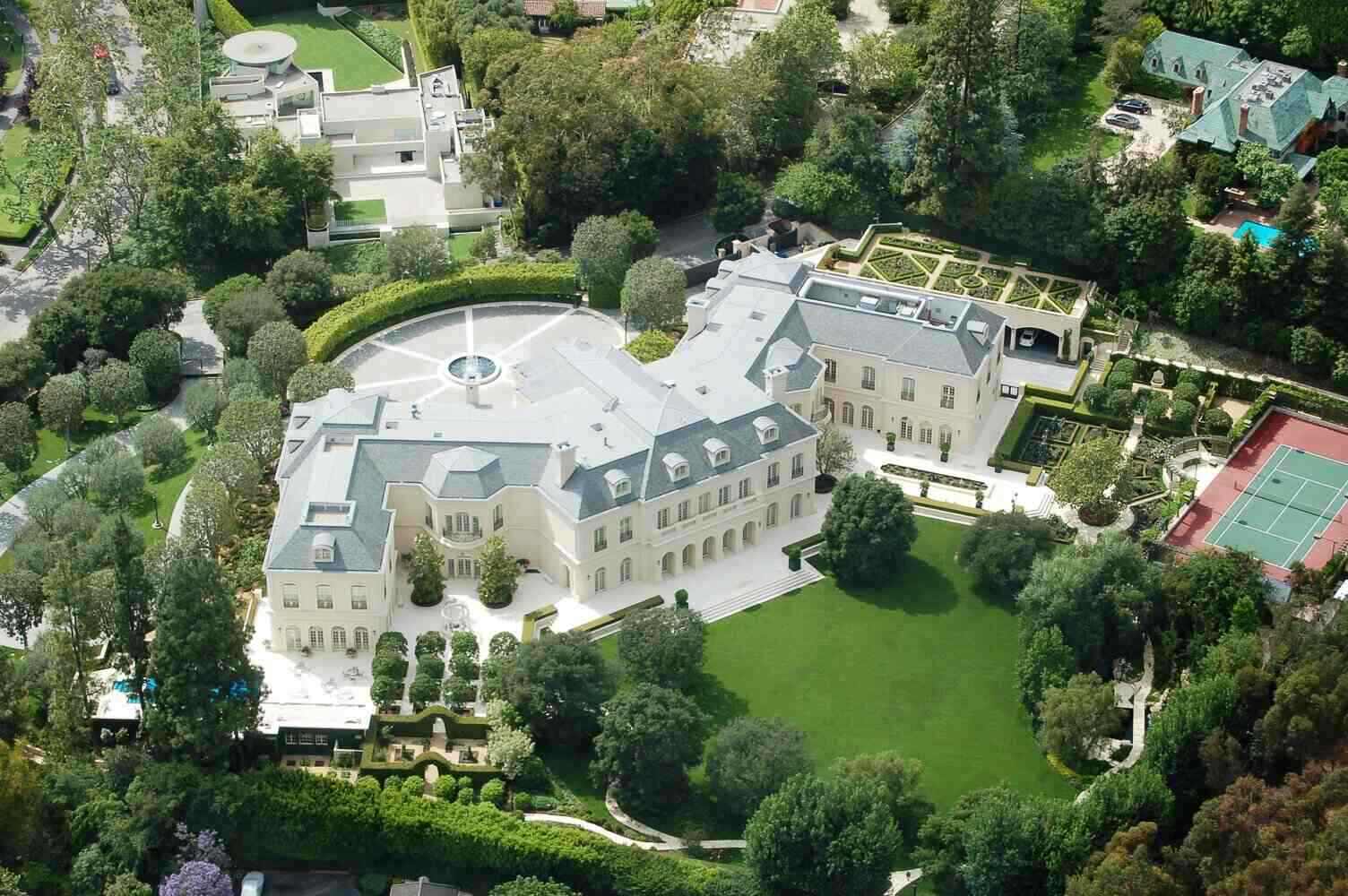 The remaining 82 rooms include a hair salon and spa, screening room, solarium, game room for billiards and poker, two-lane bowling alley, a walk-in closet so big it has stairs, and a basement nightclub.

Amenities filling out the rest of the 4.7-acre property include a pool, tennis court, koi pond, footpaths, rose garden, and citrus orchard. 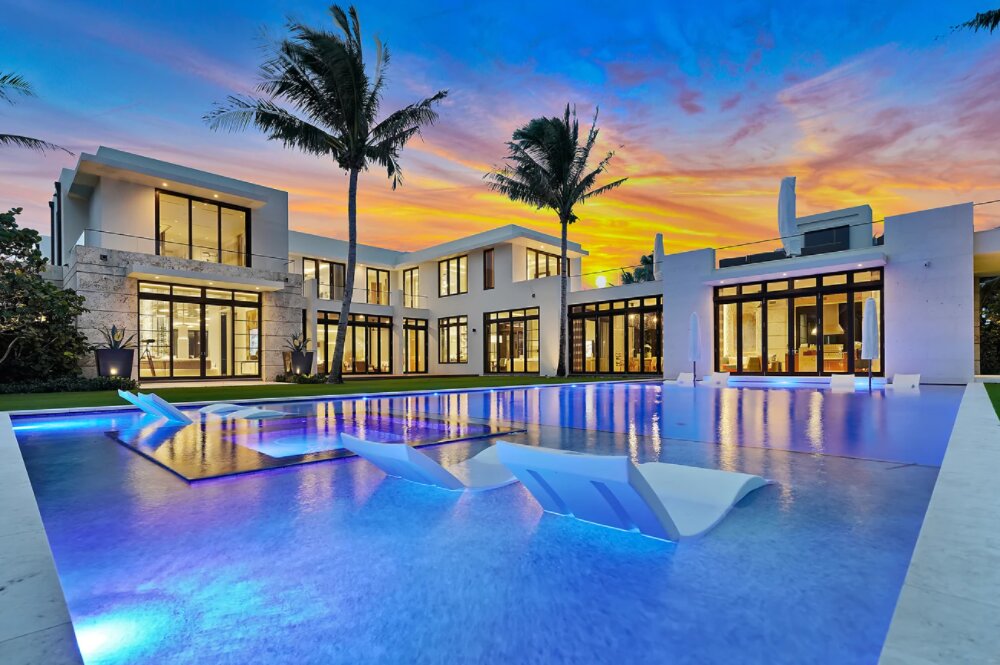 In February 2020, a newly-built mega-mansion sold in Palm Beach for $122.7 million, beating out La Reverie (#10 on this list) as the most expensive house sold in Florida. It was listed at $140 million just a month earlier.

It's a much smaller estate than the previous Florida record-holder, at 2.5 acres and 21,000 square feet. The two-story 9-bedroom mansion overlooks 150 feet of Atlantic oceanfront. 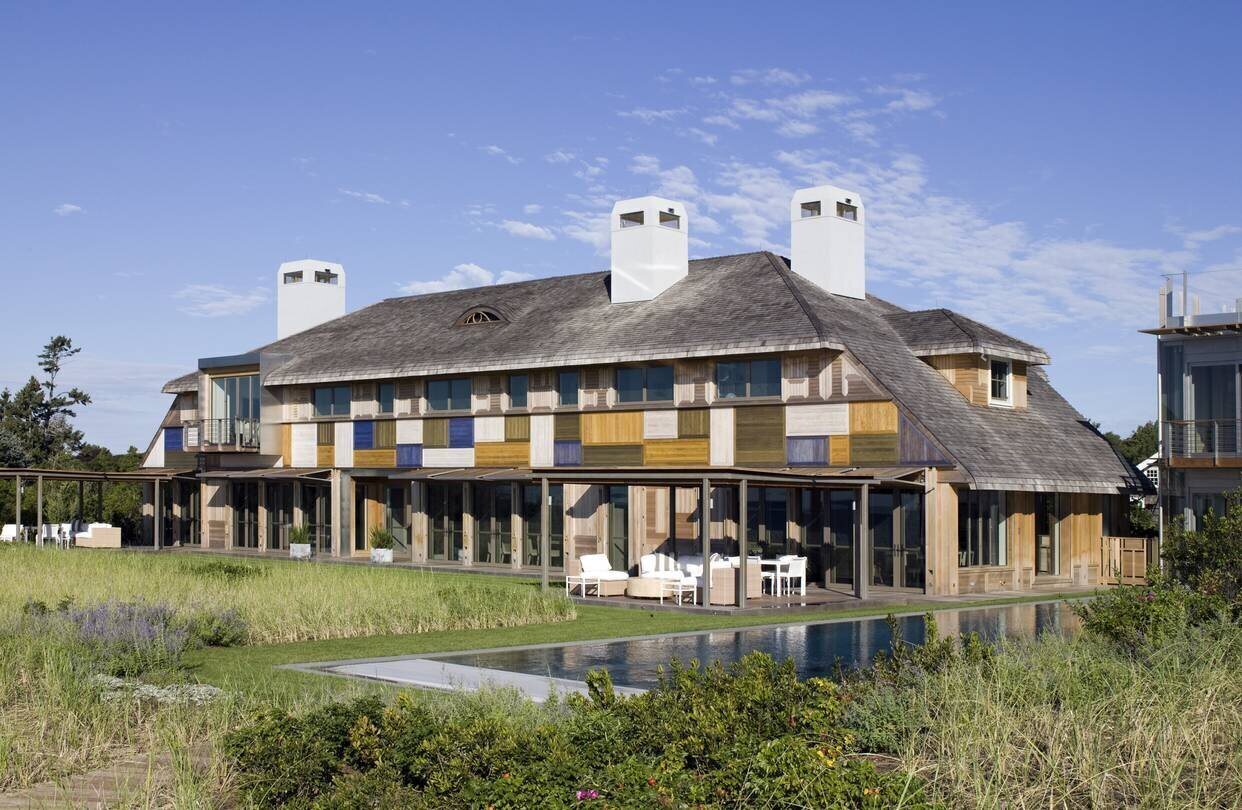 From 2014 to 2019, the record for the most expensive house in the U.S. was an 18-acre beachfront property in the Hamptons. It was sold off-market for $137 million in April 2014 (though it was mistakenly and widely reported as $147 million).

The property features a pool, formal gardens, and a pond. 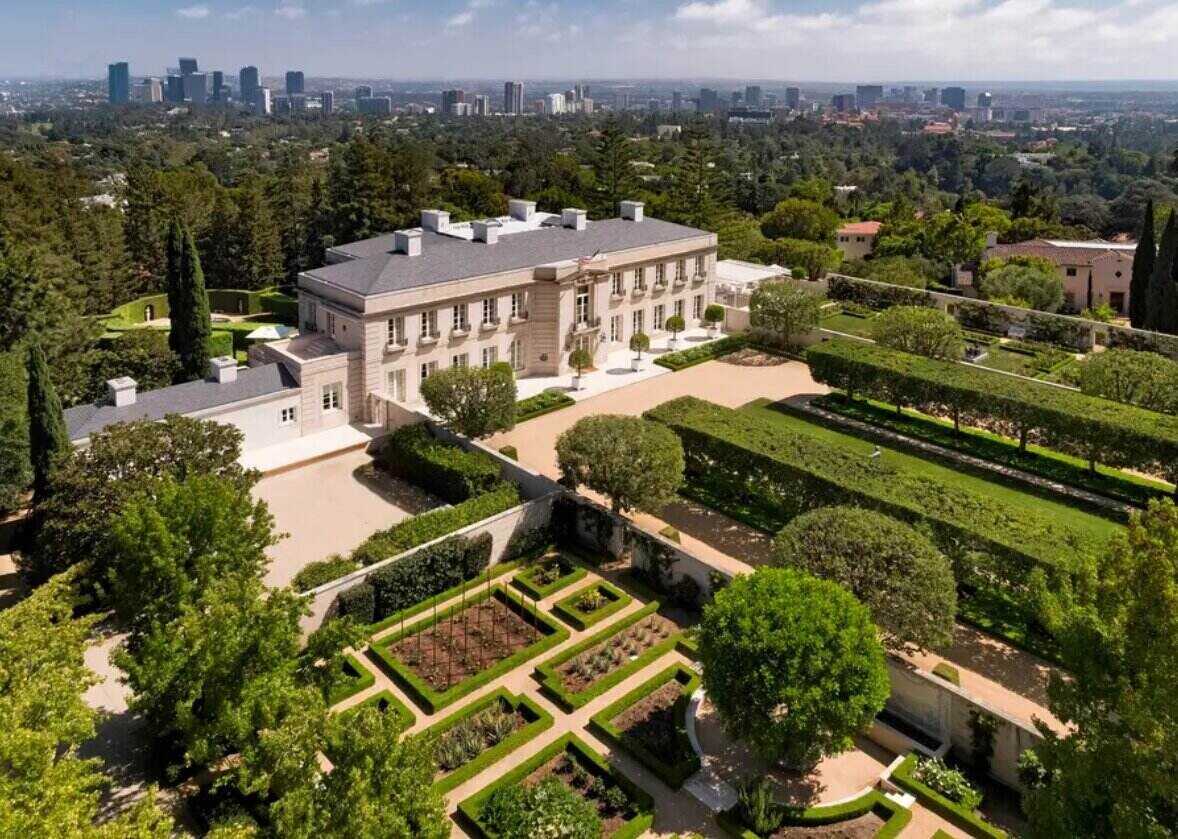 The estate's mansion, featured in the opening credits of The Beverly Hillbillies, is 25,000 square feet with 18 bedrooms, 24 bathrooms, and a ballroom.

In February 2020, Jeff Bezos spent $165 million on the estate originally designed for Hollywood legend Jack Warner in the 1930s.

In October of 2021, a compound in the Paradise Cove area of Malibu was sold for $177 million. While never technically on the market, it's rumored that the original unofficial asking price was $250 million.

The current record for the most expensive home in the U.S. is the 4-level, 23,000-square-foot penthouse on floors 50 through 53 of 220 Central Park South in Manhattan.

Blueprints posted on 6sqft.com indicate the unit has 16 bedrooms, a terrace, and a mezzanine overlooking the great room.

Will "The One Bel-Air" Become Number One? 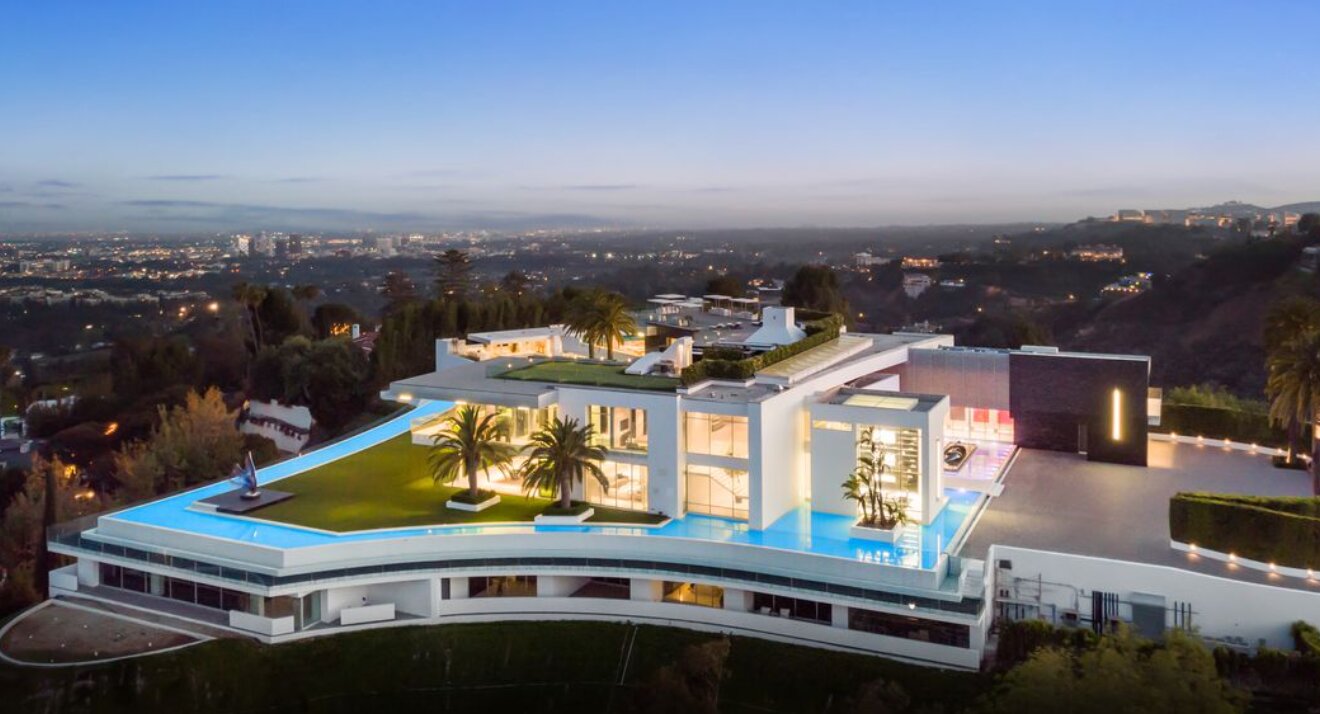 Could The One in Los Angeles beat out the $238 million record? We'll find out soon.

The One mansion is a project ten years in the making. Its developer Nile Niami initially hoped to list the property at $500 million, but after runaway debt, the development company filed for bankruptcy in 2021. The current asking price is $295 million, with creditors hoping the sale will at least cover its $180 million debt load.

The One house will go up for online auction between February 28th and March 3rd, with bankruptcy courts set to approve a closing by March 21st.

What Does "The One" Mansion Have That Others Don't?

For starters, size: The One is believed to be the biggest home in the U.S. That makes sense because, at 105,000 square feet, it's bigger than your average indoor mall.

It's also got a view. The mansion sits on 3.8 acres at the top of Los Angeles' Bel-Air neighborhood, offering a 360-degree view that includes the city skyline, the Pacific coast, and the San Gabriel Mountains.

The One Bel-Air has 21 bedrooms and 42 bathrooms, including a 6,000 square foot master suite. Just in case you're feeling cramped, there's also a 3-bedroom guest house.

Some of the amenities are pretty "normal" for a mega-mansion, like the 30-car garage, 40-person movie theater, 4-lane bowling alley, or 10,000 bottle wine cellar. But then you have to take into account features like the two-story waterfall and the moat (yes, the moat, which encloses the property on three sides).

The One Bel-Air is designed to be as much event space as home, which explains some of the other amenities, like the private nightclub, private gala space, full-service salon and spa, and three kitchens (two of which are restaurant-grade). It has five swimming pools as well – an Olympic-sized indoor pool, a floating lounge, and several outdoor infinity pools, including one that is private to the master suite.

At this point, the two-story library and the sky deck with a putting green hardly seem worth mentioning. Sadly, the giant jellyfish tank was scrapped from the mansion's design.

Will "The One" Become America's Most Expensive House?

The One Bel-Air certainly outstrips other properties on this list by some measures. As we've seen, though, plenty of properties with an asking price of over $200 million falls far short of that number at closing.

It has its downsides, as well. Critics have called it "the ugliest house [they've] ever seen," for one, and not every billionaire wants a conference center as a home. Finally, it's been under development for a decade, but it was not yet complete when bankruptcy hit. After closing, it requires at least another 12 months of construction.

Has the mega-mansion market finally hit a ceiling? Stay tuned, because we'll know by Quarter 2.

If you're looking to become the type of real estate who could sell a mega-mansion like these, check out our online real estate school.