Everybody likes a good meme. Most of us can lose hours to them online.

You probably don't realize it, but one of the reasons you like internet memes is that they require layers of specialized knowledge to appreciate. They can give you a new perspective or highlight a connection that's been hiding in plain sight.

This is certainly the case for the workplace safety memes that you'll find in communities like the r/OSHA Reddit. You often need to understand OSHA standards, workplace culture, and industry-specific information to get the joke.

Here are a few of our favorite OSHA memes, explained. 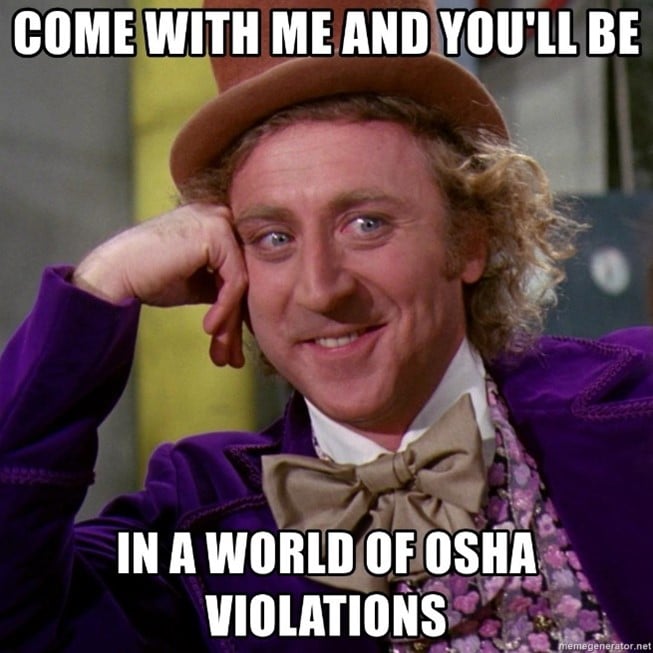 While the movie nearly pre-dates the U.S. agency (which was created the same year but not fully established) and may not even be under its jurisdiction (because the location of the factory is never established), it's a funny OSHA meme.

If modern OSHA standards applied, Willy Wonka could be cited for:

Among many others – and don't get us started on the food safety violations (blech).

One Man's Death Wish is Another Man's Funny OSHA Meme 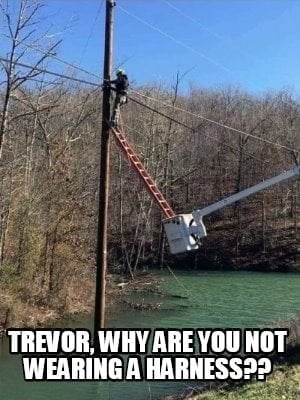 That's just for starters – it's unclear whether the standards for work on power lines are being followed. Not to mention, he's dangling above water.

The real joke here, though, is that managers and compliance officers sometimes miss the forest for the trees. With all the things that are terribly, perilously wrong in this picture, this workplace safety meme is focusing on the least of their problems: the lack of a harness.

OSHA standards §1910.23(b)(12) and §1926.1053(b)(21) say that workers need to use at least one hand to grasp a ladder at all times when climbing up or down. In safety training and safety posters, this is usually translated to "maintaining three points of contact" on a ladder.

The joke here (as seen on the r/OSHA reddit) is that three points of contact are supposed to be hands and feet – when one foot is being moved from rung to rung, both your hands should be gripping the ladder, and when one hand is being moved, both your feet should be planted on a rung.

Here's the catch: the Three Points of Contact rule applies when you're going up or down the ladder, not when you're standing stationary on a rung.

So in reality, this photo isn't violating that rule. Still funny, though.

One of Those New Class I (Invisible) Fire Extinguishers 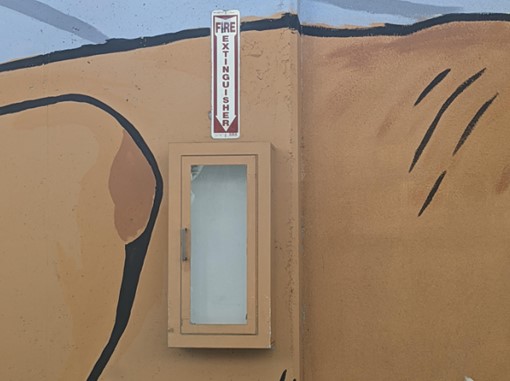 What kind of fire extinguisher does your workplace need – Class A? Class D? Class K?

This employer clearly opted for a Class I extinguisher, which are very popular on Reddit's OSHA meme community. Invisible fire extinguishers not great at putting out fires, but they are great at racking up violations of §1910.157.

If You Don't Have Your Own Level Ground, Store-Bought is (Not) Fine 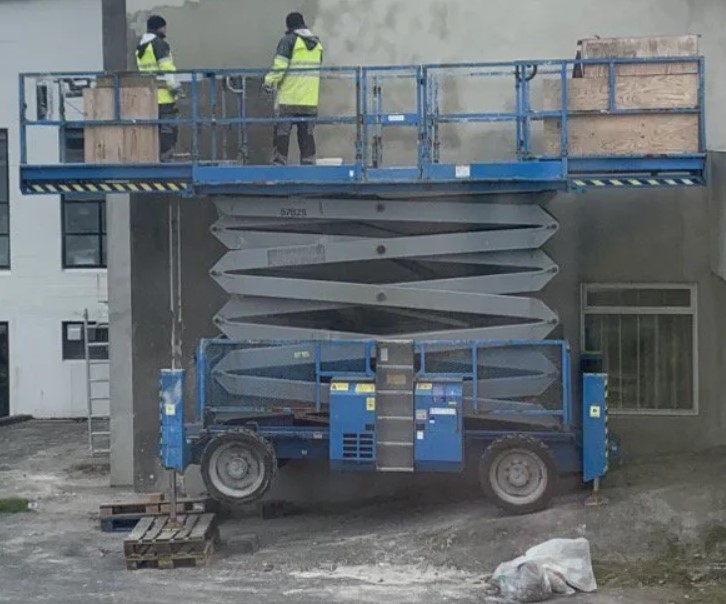 People like to document their…erm…creative solutions on Reddit's OSHA community.

"Creating your own level ground" is a common workplace safety meme – often with ladders, but scissor lifts have their own special category.

Unfortunately, scissor lifts are notoriously prone to tipover, so operating on a slope like the one pictured isn't safe. These gentlemen seem to think they can resolve this by planting the stabilizers on wood pallets at one end, but can they support that much weight? And are you willing to bet your life on it? 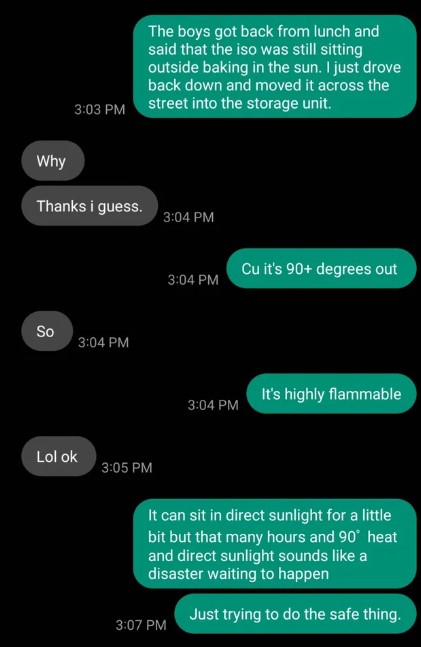 Experts chiming in on the r/OSHA reddit community disagreed on how likely ignition or explosion would be when you leave a drum of "iso" (isopropyl alcohol) in direct sunlight on a reasonably hot day.

However, all of them agree on one thing: why would you risk it?

This substance doesn't self-ignite until 750°F, but the contents of a closed metal container in those circumstances might reach the vapor point of 143°F and there could be pressure buildup in the barrel. The drum could rupture. If the drum integrity were already compromised, both the liquid and the vapor are highly flammable. For all these reasons, the Safety Data Sheet (SDS) for isopropyl alcohol advises against storing it in direct sunlight.

This worker should've been recognized for identifying a potential workplace safety hazard and doing something about it. Instead, his supervisor mocked him. Unfortunately, this kind of response isn't uncommon and contributes to the opposite of a culture of safety. 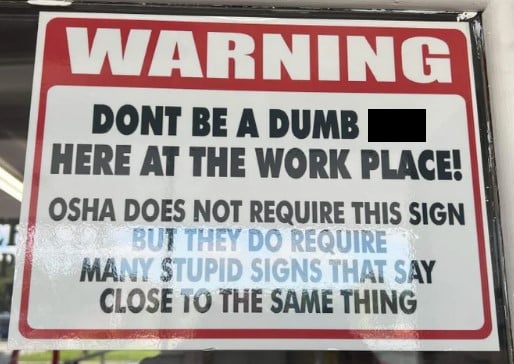 One of the most popular workplace safety memes is that OSHA's standards and signage are pointless, excessive, or foolish. That's certainly the sentiment behind this fake "warning" sign.

Hopefully, all the OSHA memes that came before this one illustrate that OSHA's rules are quite necessary, even the ones that seem obvious.

There are many reasons people risk workplace safety against common sense.

Sometimes it's to get the job done faster or cheaper – when these compromises come from the top, the employer may actually be aware that something is dangerous but they deem the risk worth it.

Finally, sometimes the things we consider "common sense" are actually based on specialized knowledge. Workers who are new or inadequately trained may not realize the danger they're putting themselves in. OSHA standards, in those cases, make sure that workers get the information they need to make good decisions.

OSHA training requirements are the key to overcoming that last kind of error.

Online courses with an OSHA-authorized training provider like us can be a great way to provide consistent, effective education that complies with OSHA's mandates.

Our courses can be completed at your own pace and on your own terms. We offer OSHA 10 and OSHA 30 for both Construction and General Industry, as well as a huge catalog of required compliance training topics. Enroll now!