Preventable deaths on the Rise in Michigan 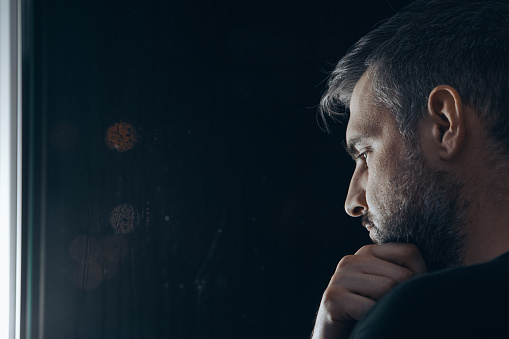 Preventable deaths refer to cases where incidents resulting in deaths could have been prevented by taking certain steps. Human life is fragile, and humans as a whole are susceptible to mental and physical stress. In some cases, life threatening traumas occur, which can lead people to adopt addictions to lessen the impact of whatever woes they may be facing in life. These addictions include drugs and alcohol. The state of Michigan observes hundreds of such preventable deaths each year. According to a published report in 2017, there is projected to be a 44 percent increase in preventable deaths through the next decade. This is cause for concern on the state’s part. The United States, being a welfare state, takes great responsibility of the well-being of its citizens. This includes everything from providing basic healthcare and educating the masses about diseases, to providing free rehabilitation services. It is nothing short of an alarming situation for the state of Michigan.

Preventable Deaths are Expected to Rise

The report titled “Pain in the Nation: The Drug, Alcohol and Suicide Epidemics, and the Need for a National Resilience Strategy” provides insight into the fact that the number Americans who could die from drugs, alcohol or suicide is as high as 1.6 million. This figure represents would-be deaths from 2016 to 2025 and marks as a 60 percent increase over the previous decade. Currently, around 350 people every day die from these preventable deaths in Michigan—which is nothing short of a tragedy for any state. The study was presented by Trust for America’s Health and the Well Being Trust. The data used in the study was provided by Centers for Disease Control and Prevention (CDC), who collected data from each state as part of its routine procedure. The State of Michigan currently ranks 22nd in the United States with a death rate of 45.8 per 100,000. This is expected to rise significantly based on current trends. By 2025, Michigan is expected to rank 20th in the nation for drug, alcohol, and suicide deaths, if the ongoing trends do not experience a slowdown. This is based on a rate of 65.9 deaths per 100,000. The same study also outlined other key figures. Deaths which were resulted by drug overdose ranked Michigan as 16th in the entire country, with a death rate of 20 per 100,000 in 2015. The report also pointed out that deaths from drug overdose tripled in five years, between the year 2000 and 2015. Furthermore, the state ranked 29th and 32nd in the number of deaths resulting from alcohol abuse and suicides, respectively. Deaths from alcohol abuse were observed to be 9.9 per 100,000, whereas suicide death rates were 14.2 per 100,000. The total number of people who died from either drugs, alcohol, or suicide were 127,500 in 2015.

The report has raised concerns for the health administration entities of the state. Michigan is looking forward to preventing deaths resulting from drugs, alcohol, and suicide. The projection has called for a comprehensive national plan to combat the ever-increasing problem. The Michigan Department of Health and Human Services actively responds to these concerns by implementing and funding prevention and intervention programs in an effort to prevent these tragic deaths from happening. It hopes to achieve this through the combined effort of state level entities and communities. What makes these deaths so tragic is the fact that they are preventable. With a little effort from fellow beings and the state itself, lives can be turned around, deaths can be prevented. It is an ugly truth that is catching up to youngsters. While suicide may remain the top reason of death among adults, teenagers are getting themselves involved in drug overdoses and alcohol abuse. A little precaution from our part can go a long way in saving lives. For example, in the case of alcohol abuse, Michigan’s liquor servers can be vigilant and refuse to serve customers who are on the verge of self-abuse. This can only happen through appropriate Michigan liquor server training.