What is Blood Alcohol Concentration? 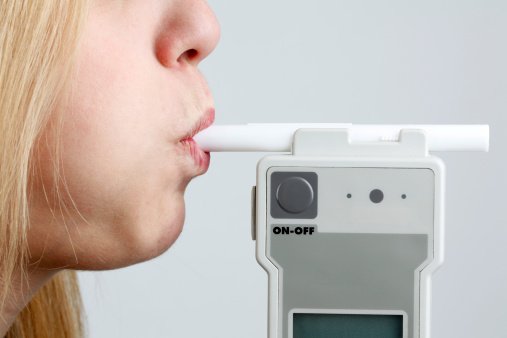 Blood alcohol concentration, commonly referred to as BAC, determines an individual’s level of intoxication. It’s a measure of the percentage of alcohol that exists in one’s blood and is shown as a ratio of alcohol to blood in the body. For reference, someone with no alcohol in their system will have a BAC of 0.00.

Having a system in place for assessing an individual’s ‘drunkness’ has allowed states to create laws and policies around what people can and cannot due under the influence. For example, in a collective effort to reduce fatalities on the road, all 50 states agreed to enforce a BAC for drivers of 0.08% in 2004. This means that anyone 21 and up is considered legally intoxicated and unable to drive safely when 8/10ths of a milliliter of alcohol is found present in every 1000 milliliters of their blood.  It sounds complicated, but it typically only takes a couple drinks to hit that limit.

Now, you might be wondering, how does one determine a person’s BAC level?

How is BAC measured?

The amount of alcohol in a person's body is measured by the presence of alcohol in a certain volume of blood. This is called blood alcohol concentration, or "BAC." A driver's BAC can be measured by testing the blood, breath, urine or saliva. Law enforcement use breath testing as their primary method because it’s quick, reliable, and impossible to trick.

BAC highly correlates to the amount of alcohol consumed over time. However, it’s important to keep in mind that BAC is also influenced by other factors such as weight, the rate that alcohol is consumed, gender, age, and much more. For example, women typically become intoxicated more quickly than men that drink the same amount over the same period of time, even if body weights are the same.

Restaurant staff and bartenders are also among those who usually have BAC education as part of their training. In fact, it’s normal for establishments who offer alcohol to have a chart behind the bar that displays estimates of a person’s BAC level based on height, weight, duration, and amount of alcohol consumed.

The chart helps the staff, primarily the bartender, in making calculated judgment on customers’ intoxication levels.

Other Factors that Affect BAC:

The use of stimulants, such as caffeine won’t affect BAC, but may ‘mask’ the effect of alcohol, making you feel soberer than you really are.

What are the risks of having a high BAC?

The faster someone drinks, the higher the BAC is, and the more dangerous drinking becomes. Here’s an overview of how alcohol consumption can affect a person based on different BAC levels:

Death may occur at .37% or higher, while BACs of .45% and higher are fatal to nearly all individuals.

Using BAC Awareness to Maintain Order at the Bar

A strict alcohol program must ensure certification of all servers through a state-sanctioned alcohol-awareness training program. After that, it’ll be on the management team to lead by example and enforce the rules and standards without exception. Making responsible service as part of the culture will help the establishments avoid any penalties and negative publicity going forward.

A few best practices to consider when examining your responsible service policy are:

Identifying BAC levels can be very tricky for those without prior experience. Thus, aside from training, an accessible support system that may come in the form of documents, charts, or tools, must be available for all the staff who are serving alcohol.