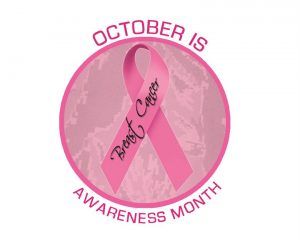 Roughly 12 percent of women are in danger of being diagnosed with breast cancer at some point in their life.  Click To Tweet

Roughly 12 percent of women are in danger of being diagnosed with breast cancer at some point in their life. The estimated number of new cases of breast cancer, according to cancer.gov, is 252,000, and the number of estimated deaths is more than 40,000. With so many women suffering from breast cancer, it continues to be one of the deadliest killers of the 21st century. The employees at 360training.com’s corporate office held a weekly raffle throughout the month of October.  Participants purchased raffle tickets.  Each week there was one winner, who received a cash award, and on the last day, all winners were given a key to the treasure chest.  Only one key opened the chest, which was filled with prizes such as gift cards, Beat earbuds, Amazon Echo, and much more! “Breast cancer, if detected early, can be defeated. However, to make early detection common, people need to be aware of the symptoms to watch out for. Getting regular medical check-ups is the first step, followed by learning how to check for breast cancer yourself, and taking any lumps, swelling, and irritation seriously,” Said Mary Evans, the People and Culture Officer at 360training.com. “I am proud of the way our team celebrated the month and I hope we helped raise awareness about the disease in our own capacity.”