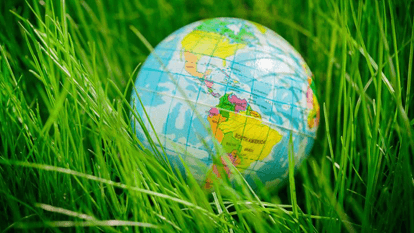 When the diesel engine was developed into a practical power source around 1900, it was viewed by industry as having the advantage of operating at a higher rate of efficiency than its gasoline, electric, and steam-powered competitors. The diesel engine was touted by mechanical engineers of the era as having a cleaner combustion cycle compared to the coal-fired steam engines that dominated industry. Little concern was expressed in this period, and for that matter the next 60+ years, about how much and what type of pollution this engine could produce. After many years of contentious relations between industry, government, and environmental groups, the pollution issue with diesel fuel is finally being laid to rest. Early on in the debate, no one knew the full extent of just how harmful the old high-sulfur fuel was, until research papers started to appear identifying toxic air contaminants, some of which proved to be carcinogenic. By far the single most harmful component of the old fuel was the prevalence of fine particle pollution, which has a direct and irrefutable link to many heart and lung ailments. When faced with this overwhelming evidence, the diesel industry responded by bringing newly formulated low-sulfur diesel fuel to the market, in full compliance with federal fuel mandates. This was just the first step in the long process of cleaning up diesel.   Clean Diesel Defined. Clean diesel is a reformulated version of the type that was used before 2007. It has 97% less sulfur content by volume, and is now the industry standard for highway and off-highway diesel engines and equipment. The trade-off in the process of removing sulfur from diesel fuel is the loss of lubricity, which is the fuel's ability to lubricate and protect various parts of the fuel injection system. Most manufacturers have addressed this problem by developing a new generation of seals and related components, but one must caution owners of older vehicles/machinery to use protective fuel additives when using low-sulfur diesel. The best part about the introduction of clean diesel and the recent "near zero" tailpipe emission standards, is the advent of super-efficient engine design and controls like SCR (selective catalytic reduction) another emission-reducing device is called a particulate filter.This filter accumulates combustion soot until a saturation point is reached, at which time the excess is burnt off at the front (engine) end of the system. All these devices are the end result of the diesel industry's desire to further enhance and take better advantage of clean diesel fuel's benign characteristics. Less Environmental Impact. The following list consists of 6 important ways the new-generation of diesel engines running on clean diesel fuel are better for the environment than other fuels currently in use: